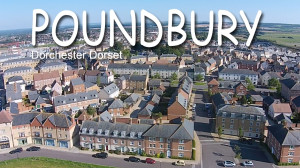 Where would you look for inspiration if you were planning a new town? If you are Prince Charles or the Shanghai Planning Commision, the past would seem to be the answer; or to be more precise, the English past. The town of Pounbury in the south of England, designed by Prince Charles, is an answer to what he calls the 'hertless urban planning' of the 1960s. It was here that he could offer an alternative to 'ugly' high-rise apartment blocks, large housing estates and zonal planning - where industry, shops and homes are all separated into different areas of a city.( Collapse )